How to Learn to Write Multiple Characters

The writer Francine Prose wrote a wonderful instruction manual, Reading Like a Writer. In it she describes how to do a 'close read' on a work of fiction, thereby learning how to do scenes that may have been previously difficult or impossible to do. Prose suggests doing this with James Joyce's short story, 'The Dead,' to learn how to write group scenes with a large number of characters. 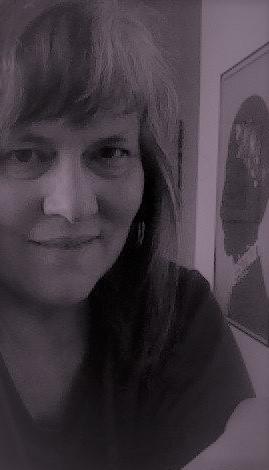 The writer Francine Prose wrote a wonderful instruction manual, Reading Like a Writer. In it she describes how to do a 'close read' on a work of fiction, thereby learning how to do scenes that may have been previously difficult or impossible to do. Prose suggests doing this with James Joyce's short story, 'The Dead,' to learn how to write group scenes with a large number of characters.

Years ago, I frustratingly attempted to write a short Christmas story with ten characters. I put it aside for years, but after reading Joyce's story perhaps a dozen times over a few weeks, I went through my own process of learning from Joyce. Here's a small section of his original text available in pdf online. I have emboldened the numerous characters' names to give a sense of how many there are introduced in this short section.

'Of course, they had good reason to be fussy on such a night. And then it was long after ten o'clock and yet there was no sign of Gabriel and his wife. Besides they were dreadfully afraid that Freddy Malins might turn up screwed. They would not wish for worlds that any of Mary Jane's pupils should see him under the influence; and when he was like that it was sometimes very hard to manage him. Freddy Malins always came late, but they wondered what could be keeping Gabriel: and that was what brought them every two minutes to the banisters to ask Lily had Gabriel or Freddy come.

--O, Mr Conroy, said Lily to Gabriel when she opened the door for him, Miss Kate and Miss Julia thought you were never coming. Good night, Mrs Conroy.

--I'll engage they did, said Gabriel, but they forget that my wife here takes three mortal hours to dress herself.

He stood on the mat, scraping the snow from his goloshes, while Lily led his wife to the foot of the stairs and called out:

Kate and Julia came toddling down the dark stairs at once. Both of them kissed Gabriel's wife, said she must be perished alive, and asked was Gabriel with her.

--Here I am as right as the mail, Aunt Kate! Go on up. I'll follow, called out Gabriel from the dark.  He continued scraping his feet vigorously while the three women went upstairs, laughing, to the ladies' dressing-room. A light fringe of snow lay like a cape on the shoulders of his overcoat and like toecaps on the toes of his goloshes; and, as the buttons of his overcoat slipped with a squeaking noise through the snow-stiffened frieze, a cold, fragrant air from out-of-doors escaped from crevices and folds.

She had preceded him into the pantry to help him off with his overcoat. Gabriel smiled at the three syllables she had given his surname and glanced at her. She was a slim, growing girl, pale in complexion and with hay-coloured hair. The gas in the pantry made her look still paler. Gabriel had known her when she was a child and used to sit on the lowest step nursing a rag doll.

--Yes, Lily, he answered, and I think we're in for a night of it.  He looked up at the pantry ceiling, which was shaking with the stamping and shuffling of feet on the floor above, listened for a moment to the piano and then glanced at the girl, who was folding his overcoat carefully at the end of a shelf.

--Tell me, Lily, he said in a friendly tone, do you still go to school?

--O no, sir, she answered. I'm done schooling this year and more.

--O, then, said Gabriel gaily, I suppose we'll be going to your wedding one of these fine days with your young man, eh?  The girl glanced back at him over her shoulder and said with great bitterness:

--The men that is now is only all palaver and what they can get out of you.

Gabriel coloured, as if he felt he had made a mistake, and, without looking at her, kicked off his goloshes and flicked actively with his muffler at his patent-leather shoes.'

Clearly, this kind of writing has gone out of style, but it still is a great learning tool. After doing multiple readings, I typed the COMPLETE story, changing the names of the characters and adding quotation marks to the dialogue. A few weeks later, I pasted in my own dialogue. Here's a short segment from that version. It's not very good, but it gave me a template for how to write a group scene:

I ran to buzz in the new arrivals. Grandfather and Grandmother Hueber trudged up the three flights. I bounced up and down on my tiptoes. I wondered how they would squeeze into our apartment. Dad rented rectangular tables for the dining room; bought white linen table clothes and napkins - much to Mom‘s displeasure. What was the look on Ruth’s face? As the older folks rounded the last rung of stairs, I felt a twinge of sadness caught inside my throat. Grandpa wouldn’t be here.

“Here we are,” Grandfather Hueber announced, rounding the last rung.

“Merry Christmas!“ Grandmother Hueber called; her full-length mink whooshed past the corner banister, like a faun rushing through snow-covered trees.

Grandfather Hueber stomped his boots and shook the white off his wool coat. “You look damned pretty, Ruth!” His bassoon voice filled our tiny entryway.

“Come Cory, give your Grandmother a kiss. Here, go on, put this on.”

Revealed beneath the gold wrapping paper was a crushed red velvet dress, with puffy sleeves and separate crinoline slip. I slipped out of brown corduroy skirt; pulled off my wool sweater and rushed to the mirror. The dress slid over my skin like a caress. A knock came at my door.

“Does it fit?” Grandmother asked, slipping in. “You have your mother’s dark complexion. I knew this was the right color.”

“You’re a young lady, now,” she said, cupping my hands in hers dry ones and dropping a shimmering strand of pearls into mine.

And here's a small section of a hard-boiled/noir murder mystery I recently wrote with six characters; I start off describing them before naming them. This gives readers a chance to visualize them before having to remember their names. This learning approach can be done with any genre.

An Anglo teenager with long greasy blonde hair wore orange sweatpants and a stained t-shirt. She sat next to a water cooler, studying the needle marks and bruises on her pale thin arms.

A plump fiftyish Jamaican woman with café au lait skin was wearing delicate, black-rimmed glasses and silver dreadlocks brushing her shoulders. In a green and white ankle-length dashiki, she paced the floor in front of Blondie's chair.

“Listen close to Isabelle Browne, here.” Jamaica-lady flashed a gold tooth. “That man of yours, he ain’t no good. You got to get gone from him. Come get coffee with me later. We talk.”

“Do what Isabelle says,” said a curvy young Latina with a sharp, nasal voice; her skin was like caramel and her burgundy hair was spiky, like the thorns of a Mexican giant Cardon cactus. She scrolled through her glittery hot-pink iPhone while leaning on the once-white sofa, one scuffed-white waitress shoe crossed over the other.

Another Anglo sat by himself on the other side of the waiting room. His linebacker shoulders pulled at the threads of his tight shirt while he scratched a muscular leg.

Although most of Chicago’s Little Village residents hailed from South of the Border, this enclave epitomized an influx of new ethnic groups. Jamaica probably lived in the Caribbean-island immigrant community on the outskirts of Little Village. Linebacker probably lived in the better-off pocket at the other edge of the three-square mile neighborhood. Not sure where Blondie laid her head nights, but this was the Latina’s community. I decided to call her Spike.

She continued scrolling through the iPhone, wearing a waitress uniform--a dull-pink job with grease stains splattered across the bodice. Her wrist was wrapped in a thick, studded black leather band.

Jamaica-lady, who went by Isabelle Browne, lowered herself onto the cheap seat next to Blondie and inclined her head of dreadlocks in the girl’s direction. “You be listening to me?”

Fingers jerked on the edges of Blondie’s lank, matted hair. Lime-green nail polish was cracked and flaked. She fumbled through her purse and pulled out a dirty, bent cigarette; her eyes shifted and met mine. She stuffed the cigarette back in the bag. The girl was strung out on something strong.

Across from Isabelle and Blondie, Linebacker folded his massive hands, and Spike placed the iPhone in her lap when Doctor Prudence Pratt made her entrance.

The psychotherapist shepherded the five of us into a small room with thread-bare chairs arranged in a semi-circle. From a coffee-maker on a card table adjacent the door, the women and Linebacker poured themselves coffee.

Spike rummaged through her handbag and retrieved a bottle of burgundy-colored nail polish. She unscrewed the cap and started on her thumbnail.

Pratt sucked in air. “Uhm, Esmeralda, would you mind doing that after group.”

“Look here,” Jamaica-lady interrupted, “we going to talk about Kaycee Bousqute? Ain’t you paying no attention to what her boyfriend done?”

Spike continued painting her long fingernails, switching to the other hand and painting the remaining ones.

“Don’tcha know”--Isabelle Browne peered over the tops of her glasses, lifting delicate eyebrows--“he see her, she be dead. She try and disappear, he gonna hunt her down. She need shelter, Pru. Tonight.”

Pratt tugged at the thick rope of amber beads around her neck. “Uhm. Yes, we’ll get to that. But we have a new member here tonight. Esmeralda, are you almost finished with your nails?”

Esmeralda-Spike dipped the brush into the bottle and painted a pinky, then screwed the bottle shut and placed it at her feet. Lips pursed, she blew on the wet nails and said, “Sure.”

“Shall we introduce ourselves?” Pratt said.

“No!” Isabelle slapped Kaycee’s bruised and needle-pocked arm. The girl flinched. “She don’t hide tonight, she be dead. You hear one word I’m saying? She ain’t got no choice. Right now, we the best friends she got. You going to give her a bed at the shelter, Pru? Her and the baby? Tonight?”

All eyes turned to the psychotherapist, Pratt wincing a tight-lipped smile. “Of course, Isabelle. We’ll provide shelter for Kaycee and her baby. That’s what we’re here for. Now let’s get on with the meeting. First, I want each of you to say who you are and a little bit about yourselves.”

“We don’t got to be sharing no names; we need protection!” Isabelle glared at Pratt.

View other blogs by Redredrose